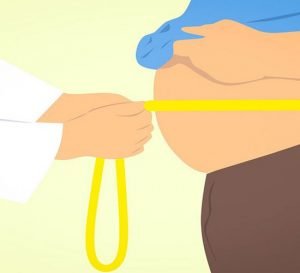 Though physical activity and dietary changes have been advocated as first-line treatment for obesity, but the low efficacy and poor acceptance creates a demand for alternate treatment options.

Large scale urbanization in India have brought significant changes in lifestyle and dietary habits in the population leading to a surge in lifestyle disorder such as obesity. Obesity has manifold effects on an individual such as reduced physical ability, negative impact on mental health and predisposition to other diseases such as diabetes mellitus, hypertension, dyslipidaemia, heart problems, fatty liver disease, cirrhosis, sleep apnoea and cancer in various organs.

It is highly worrisome to see the recent statistics in India related to obesity and the ill- effects on overall health. According to The National Family Health Survey (NFHS-4A), which is a government health survey, it was found that the number of overweight men in the country has doubled over the past decade. In case of women, one in every five women is now overweight (20%). While the maximum cases of morbidly obese patients were found among the urban upper- and middle-class families, the rural population had also contributed a significant 15% of the total cases of obesity.

Endoscopy treatment and the advent of endoscopic weight loss procedure

Goal of obesity treatment is to reduce weight so as to achieve physical well-being and reduce obesity-related complications. Ten percent reduction in total body weight (10 kg in a person weighing 100kg) has been found to be associated with improvement in diabetes, hypertension and lipid levels. Reducing higher extra body weight will reduce obesity-related complications further. The nutritionist, psychologist, endoscopist and surgeon constitute a multidisciplinary team, which takes care of an obese individual, and help them in achieving a healthy life.

Though physical activity and dietary changes have been advocated as first-line treatment for obesity, but the low efficacy and poor acceptance create a demand for alternate treatment options.

Despite being a very effective tool, only 1 per cent of the eligible patients undergo bariatric surgery. So there is always an unmet need of a procedure that is efficacious and has good acceptability. In the meantime, endoscopic procedures have taken a stride in the treatment of obesity and may fill this gap and provide an effective alternative.

Intragastric balloon is an effective tool for losing extra body weight. IGB is a non-surgical procedure performed under sedation. An endoscopic camera known as gastroscope is inserted through the mouth into the stomach to introduce a balloon. Once inside the stomach, it is then filled with a sterile saline solution (500 – 750 mL), through a small filling tube attached to the balloon and then the tube is gently removed. Once inside the stomach, because of its weight, balloon leads to early satiety and reduced calorie intake. In general, ballooning helps to lose 10 per cent of total body weight loss (TBWL). Many patients are able to stop insulin and reduce the oral medications being taken for control of blood sugar, blood pressure and bad lipids.

The total procedure including insertion and adjustment of the balloons can be performed within 25-30 minutes and the patient can be discharged either the same or the next day. The procedure is highly effective without any significant serious side effects.

The Gastric Balloon is placed in the stomach for 6-12 months and removed endoscopically thereafter. For the removal, catheter attached to the balloon is pulled out and a balloon is deflated, grasped and removed through the mouth.

ESG is new endoscopic technique effective in controlling the body weight where the stomach size is reduced. It is a procedure which is performed under anaesthesia and does not require a skin incision. A scope is passed down the throat in the stomach, and sutures are applied which reduces the size of the stomach and limits the food intake.

After the procedure, the patients gets early satiety due to reduced stomach size, leading to lesser calorie intake, and effective weight loss. This process has resulted in a positive effect on the patients by controlling the comorbid conditions and loosing the extra body weight.

This procedure is not only minimally invasive but highly safe and effective also for weight reduction. Usually, the patient requires admission for 48 hours, and are discharged thereafter. Large studies have established the safety and efficacy of these procedures. Expected weight loss is ~20 per cent of total bodyweight leading to control and reduction in obesity-related comorbidities such as Diabetes mellitus, hypertension, dyslipidaemia, sleep apnoea and osteoarthritis.

To ensure safety and better outcome, these endoscopic procedures should be performed on carefully selected individuals, in a centre specially equipped to take care for the obese and in a multidisciplinary setting that provides optimized post-procedure care.

With the advances in endoscopic technology, a new dimension has been effectively added in the management of obese individuals, which truly defines the goal of science.

Fields with * are required